Home / Unlabelled / Read This If You Wear A Bra While You Sleep!

Read This If You Wear A Bra While You Sleep!

The constant dilemma of wearing or not wearing a bra while sleeping… Let`s see the cons of pros of it, which ones are true and which ones are only a myth. 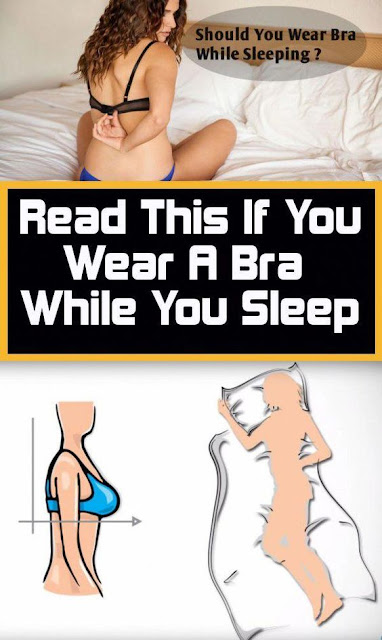 Many women will tell you that it`s not very smart to wear a bra in bed because it leaves marks on your skin, you feel like you are trapped and, supposedly, it can cause breast cancer because of the clogged lymph nodes.

Others, like the unforgettable Marilyn Monroe, do no go to bed without their bra because, as they`ve explained, breasts can get saggy even while you sleep. All the things they do for beauty… unbelievable!

Whose opinion is true?

According to science, they are both myths. Medicine says that there isn`t any proof to confirm that wearing a bra while sleeping can clog the lymph nodes and increase the risk of breast cancer. These underarm nodes act like natural filters, draining the lymph fluid from the breasts, and they are also the first defense line against, infections, foreign material and cancerous cells.
Regarding the second claim, wearing a bra will not help with breast sagging; this is caused by age, genetics, or pregnancy and breastfeeding. You should wear size-appropriate bra, with soft cups and without many wires and fasteners. This will give the support to the breast from sagging. Don`t buy smaller size and wear it in bed, the only “benefit” will be the discomfort.

Scientists have busted both myths: wearing a bra during your sleep won`t prevent sagging, and not wearing a bra won`t have any effect on the risk of breast cancer. It`s your choice either way. If you have sensitive breast, the bra will give you some support. If you have night sweats or sensitive skin, don`t wear a bra, it will make you more uncomfortable.

Whatever choice you make, don`t forget to choose a bra made from natural fiber, with soft cups and well-fitted so that you can wear it while sleeping and give you the needed support.